The meteors fell over the Chelyabinsk region in the Ural Mountains on the morning of Friday, February 15.

“One eyewitness Gulnara Dudka, in her 20s, gave a dramatic account of the meteorite, telling how she feared ‘doomsday’ had arrived, reported the Siberian Times.” –Meteorite shower hits Russia…, The Daily Mail

And remember, kids: A meteor is an object from space that hits/enters the Earth’s atmosphere. A meteorite, on the other hand, is an object that survives the burning trip through the atmosphere and makes it to the ground. Just FYI. 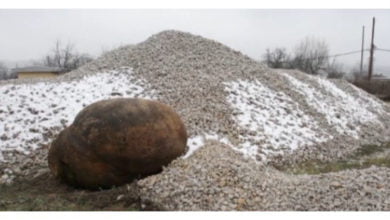 In the Bosnian town of Kostajnica, a strange egg-shaped rock rests outside a stone quarry, where miners found it hundreds of years ago. It's said to be a meteorite that fell… 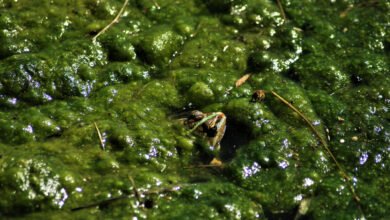 We're swiftly approaching the one-year anniversary of the Chelyabinsk meteor, which entered the atmosphere on February 15, 2013 and caused quite a bit of damage, injuring hundreds of people in…

This is how every good B movie begins: A mysterious fireball has fallen from the sky, and no one knows where it came from. Or where it went, for that…

Tags:Meteorites
Latest
Check It Out
Close