In Carl Sagan’s novel Contact, the Search for Extraterrestrial Intelligence (SETI) gets exactly what they’ve been, well, searching for: a communication from an alien civilization.

In fact, they receive a series of communications.

One is a repeating signal in the “universal language” of mathematics, the first 261 prime numbers. Another is a retransmitted broadcast of Adolf Hitler’s speech at the 1936 Berlin Summer Olympics. Eventually, they discover other messages that allow them to decode schematics for an alien machine.

All in all, it’s about what you’d expect from an actual alien encounter: Fantastic, yes, but perhaps a little more grounded. Not necessarily a giant ambassador ship parking itself in front of the White House and rolling out a carpet. Something realistic.

Personally, if we ever do come into contact with aliens, I think that’s how it would likely play out.

Of course, you also have scenarios like in Independence Day or War of the Worlds. Aliens arrive, hover their ships over our monuments, and just start blowing things up. Really, it’s that scenario we have to worry about.

Theoretical physicist Stephen Hawking has his own thoughts on this subject:

“If aliens visit us, the outcome would be much as when Columbus landed in America, which didn’t turn out well for the Native Americans…We only have to look at ourselves to see how intelligent life might develop into something we wouldn’t want to meet.”

His allusion to Columbus is apt: Native Americans suffered greatly at the hands of the European colonists, not just through massacres, but through epidemic disease brought from Europe. Smallpox. The Bubonic plague. Measles.

One can only imagine the diseases that would exist on extraterrestrial worlds.

Humans have a history on this planet. When new lands are discovered by technologically superior forces, that’s bad news for the indigenous people. They may not die out completely, but their world is forever changed.

How Would An Alien Invasion Play Out?

The thing to remember is this: Any extraterrestrial species capable of traversing deep space and reaching Earth will be vastly more intelligent than us. And you can expect their technology to be vastly superior, as well. We’re talking, potentially, magical levels of tech, at least from our perspective.

We can only imagine how an alien invasion would happen. But you can be sure that, if they find us before we find them, things will get very bad.

Okay, so that’s a by-the-numbers approach to an alien invasion. Pretty standard, really.

I wonder, however, if such a technologically-advanced civilization would even need to confront us on such traditional terms. In fact, a one-on-one fight seems rather improbable. That, itself, is a frightening possibility.

Consider Neil deGrasse Tyson’s comments on the potential differences between humans and other lifeforms:

How Likely Is This, Really?

We live in a bubble of time and space.

We, as humans, are separated from other solar systems not just by distance, but by the time it would take for an alien species to get here.

They could have arrived long ago, and found an empty planet devoid of life. Perhaps they’ll arrive some time in the future, after we’re already gone. It’s even possible that we will, one day, receive a transmission from an alien world. But it’s just as possible that, by the time we get it, they, too, could be long gone.

It really is like threading a cosmic needle; without the use of wormholes or some theoretical technology, the odds of an alien civilization reaching this particular time and space, and finding humans on Earth — even just communicating with us — is astronomically small.

But that doesn’t mean it won’t happen. 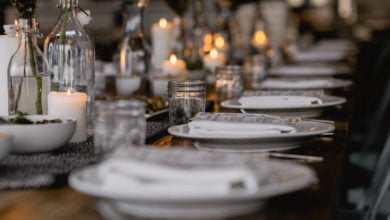 Should We Modify Humans To “Save” The Planet?

What should we do about climate change? Lower our carbon emissions? Buy into solar energy? Stop eating meat? How about we genetically alter the human species? A group of researchers…

Does Disney’s ‘Hercules’ Predict the End of the World?

Do not adjust your browsers – apparently, there's a real concern out there that September 2015 will bring with it the end of the world. How? Well, we have a few…