New research out of University College London suggests that our perception of time can slow when about to perform an action, such as when a baseball player is readying to hit a pitch.

“Professional ball game players report the feeling of the ball ‘slowing-down’ before hitting it. Because effective motor preparation is critical in achieving such expert motor performance, these anecdotal comments imply that the subjective passage of time may be influenced by preparation for action…

…Here, we show that the time is perceived slowed-down during preparation of a ballistic reaching movement before action, involving enhancement of sensory processing.”

The researchers tested their hypothesis by having volunteers “react to flashing and flickering discs on a screen.”

Preparation for the approaching action seemed to increase the “time dilation” effect. It’s also possible that some individuals have an inherently better visual information processing ability, allowing them to excel where others cannot.

I’ve always assumed that the faster information is processed, the slower time seems to pass, and vice versa. It makes me wonder how a conscious, intelligent robot would perceive the passage of time.

Just anecdotally, I wonder if this is perhaps also connected to the feeling I sometimes get when playing reaction-based video games. The racing series WipEout on Playstation, for example, can get pretty gnarly with its speed at higher levels, but eventually you learn the tracks and, despite everything feeling like a blur, you begin to anticipate the twists and turns, and things begin to “slow down.” I imagine this is the case with other video game genres, as well.

Reddit user Unlucky13 was sitting at his local coffee shop when he noticed a small drawer under his table. Curious, he opened it. Several handwritten notes were inside. What he… 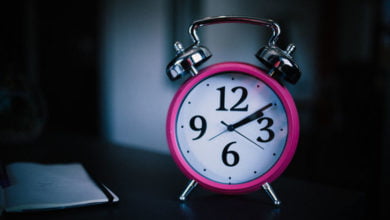 In the future, there will be artificially intelligent governments. That's according to yet another alleged YouTube time traveler, who was featured on ApexTV's channel earlier this month.