We’re all familiar with at least one interpretation of the Arthur Legend: A magical sword was found cast into stone, which only the true and future king of England could remove. Many tried, but it was the young squire Arthur who succeeded, becoming the rightful king. Only one question remains: Did the magical sword in the stone really exist?

While there aren’t any historical records (that I know of) of an Arthur pulling the sword from the stone, it’s entirely possible that a sword was taken from a stone. So to speak.

In the Early Middle Ages, a group of Germanic tribes known as the Saxons, or more specifically the Anglo-Saxons, “invaded” Britannia (Great Britain). It’s contested whether or not the Saxons outright invaded or if it was a peaceful, gradual settlement, but most sources agree there was at least some fighting going on, and the traditional view holds that there was an invasion.

What’s interesting is that a latin word for stone or rock is ‘saxum,’ and in certain cases this word is written as ‘saxo.’

At least one theory of this story’s origin is that we’re looking at a misinterpretation or, at the very most, a metaphor. Or both.

It’s possible that, somewhere down the line, the story of a warrior named Arthur was mistranslated. Arthur may have won a decisive victory against the Saxons, taking the “fight,” or “sword,” from them. Or, he took a literal sword from a fallen Saxon leader as a trophy. Arthur may not have even become king — he could have simply been fighting to protect his own land.

In this interpretation, the word ‘Saxon’ could have been mistaken for ‘saxo,’ or even just misspelled, creating the legend of the sword in the stone we know today.

Of course, it’s entirely possible that the Arthur Legend is pure mythology, with no basis in reality. But I’ve always thought this was an interesting theory. 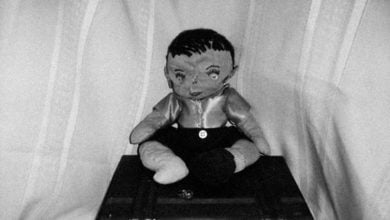 Cheryl was browsing an old antique store in Sanford, Florida. The place specialized in antique dolls — old figurines, stuffed animals, porcelains. But that’s not what caught her eye that… 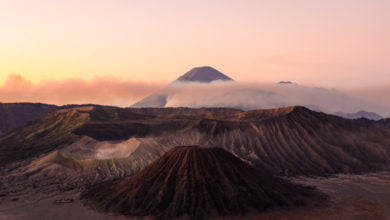 In 1992, a strange artifact was discovered in a cave on the Devil Hills (or Mount of Satan) in Kupang, East Nus Tenggara, Indonesia. The artifact was a stone, which… 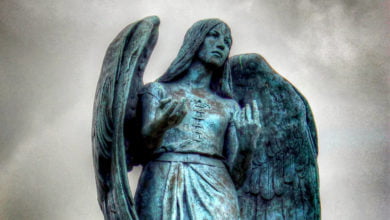 They say time passes differently in the Otherworlds of Ireland. These are the paradises that exist on Earth in Celtic mythology, inhabited by faeries, demons, spirits and other supernatural creatures,…