This was not the first time.

In 2001, when the rains began, locals claimed they were “preceded by a loud thunderclap and flash of light…followed by groves of trees shedding shriveled grey ‘burnt’ leaves.” The telltale signs, you would think, of a meteoric air burst.

Later, the Centre for Earth Science Studies would dismiss any correlation between the bright flash and the red rains that followed. Even if it were a meteor, they claimed, it had no connection to what they discovered within the rainfall.

And what they discovered was this: The rain consisted of red particles, which gave it its strange color. After investigation with an electron microscope, they appeared almost biological, oval cells with depressed centers, sometimes even including “internal structures.” Further analysis revealed the particles to be “composed mostly of carbon and oxygen.”

While, at first, scientists considered the possibility of a correlation between the cells and an exploding meteor, they later decided they appeared to be ordinary spores. This was later confirmed, as the spores seemed to belong to a species of local algae.

Mystery solved? Not for some.

There was another hypothesis: Could the bizarre, red rain have an extraterrestrial origin?

In 2003, two physicists working in Kerala posted an article on arXiv called “Cometary panspermia explains the red rain of Kerala,” in which they suggested the red particles fell from a meteor which had disintegrated shortly before the rain began, matching the original claims of the locals.

They proposed the particles were, indeed, biological cells brought to Earth within a comet or meteor.

A more recent theory is that fragments of comets may remain in orbit around Earth and eventually enter the atmosphere, seeding rain clouds with the red particles. If this were the case, though, it still wouldn’t explain why this only appears to happen in isolated areas.

Perhaps, for now, algae spores are the more reasonable conclusion. 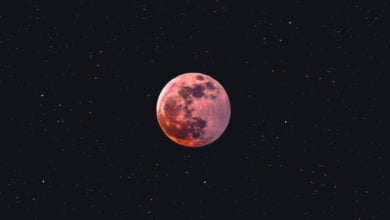 The Indian Space Research Organization (ISRO) will attempt another lunar landing this year, and they're sending a humanoid robot torso named Vyommitra along for the ride. Providing everything goes as…

This is how every good B movie begins: A mysterious fireball has fallen from the sky, and no one knows where it came from. Or where it went, for that…

It's happened again. A primary school in the town of Pabna in Bangladesh has fallen victim to what many there believe is, in fact, a haunted toilet. The incident began last… 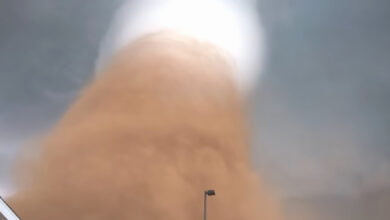