It’s a perfectly ordinary day at the lab sometime in the distant future. Your team of scientists are working on a new batch of self-replicating molecular nanobots, this one meant to help clean up some ozone pollution around Los Angeles.

It’s been done before, proven entirely safe: The nanobots will buzz through the air, eat up all the harmful pollution, then shut down as soon as they run out of materials in the designated area. They self-replicate to make the process faster.

But today, something went wrong.

Someone forgot to add the “stop” code, or maybe there was a glitch in the system. The molecular nanobots didn’t stop after the job was finished. They kept going, and kept eating, until they devoured the entire world. The last thing you saw, by the way, was a cloud of haze as your body converted into more self-replicating nanobots.

Science fiction? Not entirely. It’s called the “grey goo,” a scientifically possible, hypothetical situation in which self-replicating nanotechnology runs out of control. They go well beyond the call of duty of their initial programming and eat any matter in their path, crunching through everything on Earth and turning the entire planet into a robotic mush. You and me included.

Attack Of The Grey Goo

The term “grey goo” was first used by nanotechnologist Eric Drexler in his book Engines of Creation, published in 1986. In it, he left a simple warning: “We cannot afford certain types of accidents.”

This “accident” would be difficult to control. The nanobots would increasingly multiply, beginning with just a single replicator. That nanobot would construct another using resources available in the immediate environment. Then, those two would create another pair, and so on.

According to Drexler, within 10 hours there would be 68 billion of them, and within two days they would together outweigh the entire Earth. Four hours? The “mass of the sun and all the planets combined.” The Solar System would become a quiet, dusty ghost town, an uninhabitable corner of the galaxy that aliens would passively roll their eyes at.

Of course, we don’t currently have the technologies necessary to create self-replicating nanobots capable of such a catastrophe. It’s just something to look forward to. (We have, however, seen the effects of virtual “grey goo” attacks in online worlds such as Second Life.)

Even then, it’s not seen as an imminent, or even a probable, threat. Not really. It’s a hypothetical future problem.

Drexler himself claims the issue is “obsolete,” that self-replication is fundamentally unnecessary and inefficient. In an interview with Nanotechweb.org in 2004, Drexler stated plainly, “There’s no need to build anything remotely resembling a runaway replicator, which would be a pointless and difficult engineering task.”

Future replicators will, instead, likely be produced on a larger scale, perhaps a device you could sit on a desktop. Something more akin to today’s 3D printers than a cloud of nano particles. Regardless, the Center for Responsible Nanotechnology and the Foresight Institute are on the case, leading the charge in the fight for safe and responsible use of such technologies.

We can rest easy. For now. 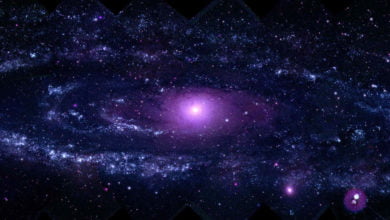 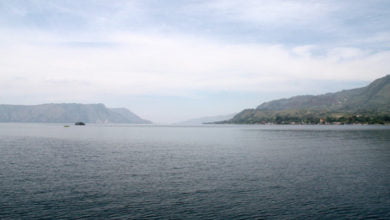 Ends Of The World: The Toba Catastrophe Theory

Sometime around 70,000 years ago, a massive super eruption occurred at what is now Lake Toba in Sumatra, Indonesia. It was one of the most powerful volcanic explosions in Earth’s…