Sometime around 70,000 years ago, a massive super eruption occurred at what is now Lake Toba in Sumatra, Indonesia. It was one of the most powerful volcanic explosions in Earth’s history.

In fact, some believe it caused a catastrophic volcanic winter that killed most life on Earth, reducing the entire human population to a few thousand individuals.

Not everyone agrees with that theory, but the eruption at Lake Toba stands as a warning: A supervolcano’s potential for devastation is extraordinary.

Could a super eruption occur in our lifetimes?

Just consider the Yellowstone caldera. Right there, you have one of the largest dormant supervolcanoes on the planet, sitting atop a “cauldron” of magma, the largest volcanic field in North America. 640,000 years ago, it erupted, spewing 240 cubic miles of ash into the atmosphere.

And it could happen again.

While scientists say they have no reason to believe it will, last year the caldera bulged by ten inches.

Projections indicate that a giant eruption at Yellowstone would render two-thirds of the United States unlivable, and plaster the landscape with layers of volcanic ash 10 ft deep around a 1,000 mile radius. It would effectively be “game over” for three quarters of the United States.

Thousands would die in the initial eruption alone, as lava blasts into the atmosphere, cools, and becomes flaming, jagged stones that rain back to earth. More deaths would follow, caused by toxic gases and, later, famine.

Crops would die, sunlight would dim, and for many, life as they know it would take on an entirely different meaning.

In short, it would be a very bad day.

“The skies of Europe would appear red…”

Would it ultimately match the effects, on a global scale, theorized in the Toba Catastrophe?

Many would die, and the world would be changed, but we simply can’t predict the true fallout of such an event.

We could look to other catastrophic volcano eruptions, like that at Mount Tambora, Indonesia in 1815. The following year, 1816, was known as the “year without a summer.”

Even that would pale in comparison to the eruption of a supervolcano.

Yellowstone has, of course, experienced minor, nonexplosive eruptions throughout its history, with the last occurring about 70,000 years ago. So even if it did erupt, there’s no telling (at this point) how catastrophic it would truly be.

But it’s not the only supervolcano on the planet, and it only takes one to tango with the end of the world.

Could there be an upside to all this doom and gloom?

Actually, Dr. Clive Oppenheimer of the University of Cambridge’s Geography Department believes that, in the future, such a devastating eruption, or any other catastrophe, might actually be beneficial to humanity. You know, in the long run.

“Are these catastrophes opportunities? We often assume that Man’s biggest leaps are in times of calm, but perhaps man has made the biggest cognitive leaps in times of crisis and catastrophe.”

It’s an interesting thought, and likely true. As they say, “Discontent is the first step in the progress of a man or a nation.” The worse things get, the more difficult the journey, the harder we strive to improve and carry on.

Just thinking of all the hardships and devastation the human species has been through, it’s truly astounding what we can survive.

We can only hope to be as lucky next time.

It happens, sometimes. You're looking out your window in Reykjavik and hey, there's a volcano erupting outside. Better grab the camera! 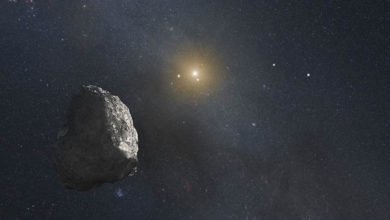 Researchers at the Massachusetts Institute of Technology recently created a new framework to help analyze threatening asteroids and determine the best response (and timing) for dealing with them. In the… 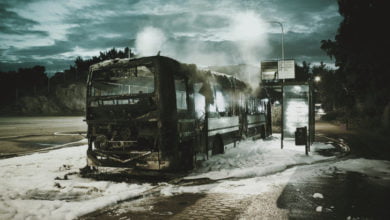 Theory: Every time we hear one of these doomsday predictions, they actually do happen. However, because of something along the lines of quantum immortality, at the very end, everyone's consciousness…