Radio preacher Harold Camping is no stranger to the end of the world: In 1988, he predicted the end would come on May 21; In 1994, he “prophesied” the return of Christ on September 6; In 2011, he claimed the Rapture would occur again on May 21; and later he revised that claim to October 21, 2011, calling the original prediction a “miscalculation.”

And it was all fun and games, too, until a mother of two attempted a murder-suicide. And, on May 21, 2011, a Russian girl, age 14, killed herself, not wanting to be left behind.

Not to mention that the world, in fact, didn’t end.

After all this, Camping apologized. He said he “was wrong.”

He hasn’t finished apologizing, though. In fact, Camping feels his doomsday predictions have actually helped Christianity by placing it in the spotlight.

“…we were wrong about the timing…”

In “An Important Letter from Mr. Camping” on the Family Radio website, Camping writes: “The May 21 campaign was an astounding event if you think about its impact upon this world…Yes, we humbly acknowledge we were wrong about the timing…”

The letter goes on to state that they acknowledge the lack of evidence regarding a date for the end of the world, and aren’t considering another one.

Yes, as it turns out the next apocalypse is always on the horizon. If it’s not the Rapture, it’s the Mayan prophecies. Or an asteroid. Or a super volcano. Or a black hole. Or a catastrophic rip in the space-time continuum.

There’s always room to talk about the end of the world, sure. It’s an entertaining topic, and somehow I think people find it exciting to believe they’ll be around when it actually happens. I feel that way myself, sometimes.

Whether or not Camping continues to make doomsday predictions doesn’t matter; there will always be someone out there prophesying the end of the world. There’s a lot of money to be made there, you know.

However, the truth is, when it comes to the apocalypse we can only be right once.

And sooner or later, we will be. 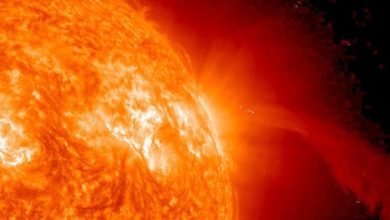