It was a close race against the harsh Antarctic winter, but Russian scientists have reportedly drilled into a lake that has been buried under ice for 20 million years.

The lake, called Lake Vostok, remains liquid due to geothermal heat, which coincidentally is similar to the liquid oceans beneath the icy surface of Jupiter’s moon Europa.

The scientists will now look for “unique lifeforms.” Any potential life in the lake will have been hidden away from humanity and pollution for millions of years.

This scientific breakthrough, however, is only the beginning.

The Russian news agency RIA Novosti is claiming that a nearby “secret NAZI ice bunker” may hold an “extraordinary cache of Hitler’s archives.”

“It is thought that towards the end of the Second World War, the Nazis moved to the South Pole and started constructing a base at Lake Vostok”

I find this doubly compelling, as I’ve recently been researching the Hollow Earth Theory.

“Germany’s submarine fleet is proud that it created an unassailable fortress for the Fuehrer on the other end of the world.”

Hollow Earth theorists believe this is a reference to a NAZI fortification within the Inner Earth (according to the theory, the NAZIs, after World War II, allegedly escaped into the Hollow Earth).

Also according to the theory, Donitz referenced an “invisible fortification, in the midst of eternal ice” during the Nuremburg Trials (though I have no official source for this quote).

[By the way, I’ll be covering the Hollow Earth theory in much greater detail in the coming months, so stay tuned.]

However, while this doesn’t necessarily validate the theory, it does lend credence to the fact that the NAZIs still have a few undiscovered secrets.

What will they find in this buried lake?

For more information, check out The Daily Mail’s feature on this strange and exciting discovery: Breakthrough! Russian scientists drill into Antarctic lake buried under the ice for 20 million years, amid extraordinary claims the Nazis may have got there first 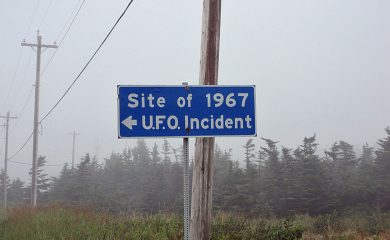 The Sound Of An Atomic Bomb