A new study by mathematician Thomas Hair states that aliens have had more than enough time to get here.

So where are they?

During his research, Hair calculated how long it would take an extraterrestrial civilization to develop the technology for spaceflight. Then, he considered the duration of their journey through the cosmos.

According to Discovery News:

“…the calculations show that civilizations starting out from the oldest stars in our galaxy would have had epochs of time to reach us by now.”

If that’s the case, why haven’t we encountered any aliens? Hair has a few possible explanations:

There’s also the possibility that aliens who have “visited” Earth are so far beyond our level of intelligence, so highly evolved, that we wouldn’t even recognize them as intelligent.

An example given by astrophysicist Neil deGrasse Tyson explains this idea perfectly: Would we, as humans, ever consider attempting to communicate with a worm? Would that same worm even know that we’re trying to communicate, much less that we’re intelligent? (By the way, in this metaphor, we’re the worms.)

To quote Michio Kaku, “We could be in the middle of an intergalactic conversation, and we wouldn’t even know.”

The universe is a big place.

Recent findings by the Kepler spacecraft and other data suggests there is at least one planet per star in the galaxy.

We also keep finding potential avenues for life to exist. New, Earth-like planets we’ve never seen before. Underwater oceans like those on Europa. Heck, there’s even life on this planet in places we’d never thought life was possible.

However, in this search for extraterrestrial life, I think we have to consider both time and probability.

For an alien civilization to make contact with us, as we are right now, at this moment:

Despite the mathematics of this recent study, those are just four variables. And we have to remember: Planets go through phases. Humans haven’t always been around, and we’re only a blip in Earth’s history. It’d take an incredible amount of luck for aliens to stumble upon us (and, you know, vice versa).

Ancient astronaut theorists claim that aliens communicated with our ancestors, helping them create the Pyramids and other mysterious landmarks around the world. Countless UFO sightings would also indicate that aliens are, in fact, with us right now.

On the other hand, perhaps aliens have been here multiple times in the past, but when they got here, no intelligent life was present. And maybe they’ll arrive at Earth long after we’re gone.

Outside of the use of wormholes, getting here from a far away galaxy, or even a nearby star, and contacting us as we are now would be like threading the eye of a needle from lightyears away.

Sure, they’ll get here. But what will things be like when they do?

Myths and Aliens at the Rhodope Mountains 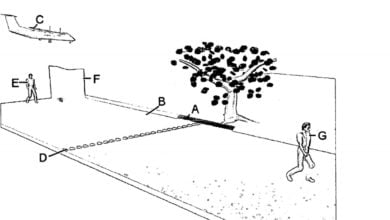