There are hundreds of “strange noise” videos on Youtube. A lot of them are clearly hoaxes, with sounds from movies or other effects playing over ordinary outdoor scenes.

But with so many of these videos, they can’t all be fake.

There has to be a reason for the growing number of these experiences.

After strange noises were reported in Battleford, Saskatchewan — noises which were also heard by North Battleford’s mayor — the intrepid reporters of CTV News in Regina set out to find a logical explanation.

They got what they were looking for from professor Jean Pierre St. Maurice of the University of Saskatchewan.

According to the professor:

Maybe. There are, for example, several other videos on Youtube showcasing what happens if you take the radio-like frequencies emitted from planets and convert them into audible sound waves.

What they produce is eerily similar to the strange noises people are hearing around the world today:

Perhaps there is a natural antenna here on Earth converting these frequencies or waves, which have always been there, into something we can hear.

The question is: why now? And is it something new? 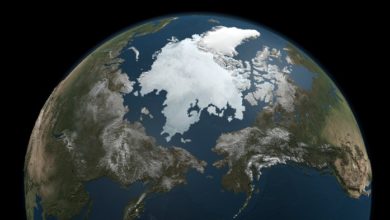 Scientists hope to bring back the world’s first fresh samples of Earth’s mantle, in a $1 billion mission dubbed “the most challenging endeavor in the history of Earth science.” They’ll…

After the earthquake in Sparks, Oklahoma last year, several Twitter users reported hearing a strange noise coming from within the Earth. Ever since, I’ve been passively following reports of these ominous…

During the Apollo 8 moon mission, astronaut Bill Anders snapped a photograph of our planet rising over the moon’s surface. It was the first image of its kind ever taken.…