During the Apollo 8 moon mission, astronaut Bill Anders snapped a photograph of our planet rising over the moon’s surface. It was the first image of its kind ever taken.

It showed our Earth, a spherical geoid, hovering in infinite darkness. The Sun illuminated blue oceans and swirling white clouds on one side, our lonely home planet fading into night on the other.

“We came all this way to explore the moon, and the most important thing is that we discovered the Earth.” – Bill Anders, Apollo 8 astronaut

But what do we really know about Earth?

We’ve ventured into the emptiness of space, and explored the black depths of our deepest oceans. However, the land farthest from our reach does not lie in distant galaxies, but in the very ground beneath our feet.

What We Know About The Inner Earth

Earth is a geoid, not a perfect sphere; it bulges at the equator, and is flattened at the poles. This makes Earth an oblate spheriod — close to a sphere, but not quite.

This equatorial bulge is the result of centrifugal force caused by Earth’s rotation, as well as the gravitational effects on Earth by the Sun and moon. These gravitational effects cause not only the ocean to rise and fall, but also Earth itself, in very tiny amounts that are imperceptible without very precise measurement devices (about 12 cm).

This is known as the land tide.

But that’s the outer Earth. What about the inner?

We know quite a bit about the superficial geology of Earth, its ecosystems and atmosphere. However, it’s important to note that everything we know about Earth’s deep interior has been gathered through secondary observations here on the surface, and that no direct observations have been made.

What follows is a brief overview of what we do know via these secondary observations:

Earth, as a whole, is composed of multiple layers, which grow increasingly dense the deeper they are. The deeper layers are heated by extreme pressure and radioactive elements.

You are, right now, securely planted on this layer of Earth.

All of our deepest drilling efforts have yet to pierce this layer, and while there are oceanic ridges where some of the mantle is exposed, we have not directly observed anything below the crust.

The boundary where the crust and mantle meet is known as the Mohorovicic discontinuity, or Moho, which lies about 3-6 miles (5-10 km) below the ocean floor and 10-60 miles (20-90 km) beneath the continents.

The temperature of the mantle averages about 932-1652 degrees Fahrenheit (500-900 degrees Celsius). Pressure keeps the mantle (mostly) solid despite the immense heat.

However, the mantle isn’t completely solid: It consists of a solid upper area, and a lower, highly viscous layer known as the asthenosphere. The asthenosphere is a ductile, semiliquid plastic moving at a rate of only centimeters a year. The effects of this movement manifest in plate tectonics, earthquakes, and continental drift.

The core is comprised of two layers: an inner core and an outer core. Most of it is presumed to be iron, or a nickel-iron alloy, containing some traces of sulfur. The outer core consists of turbulent nickel-iron fluid. The inner core is a solid nickel-iron alloy. The core as a whole is about 1,800 miles (2,890 km) beneath the crust.

The temperature of the core is likely close to that of the surface of the Sun.

How Do We Know?

Nothing below the very uppermost portion of the mantle has been observed, and no human has ever passed beneath the crust. But if that’s the case, how do we know so much about Earth’s interior?

The most important method of examining the inner Earth is seismic tomography, in which researchers use P- and S- waves created during earthquakes to plot the various layers. The speed of these waves, as well as the existence of “shadow zones,” show us both the composition and viscosity of the layers.

Video: How we know about the Earth’s core

For example, S-waves cannot travel through liquid. When researchers analyze S-waves traveling through the earth during an earthquake, they see that S-waves do not pass through the core, leaving a “shadow” on the other side. This is called a “shadow zone,” and its existence tells us that at least part of the core is liquid, or acts like a liquid.

A number of drilling experiments have been undertaken to improve our understanding of the inner earth. To date, the deepest we’ve drilled is approximately 12,262 m (40,230 ft), and though we’ve yet to reach any meaningful depths, research is still ongoing, particularly near oceanic ridges, where the mantle is nearer the surface.

A few of the experiments: 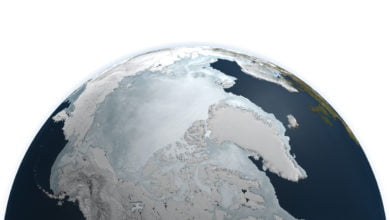 Art Bell captured the raw essence of the midnight hour. During his lengthy run on Coast to Coast AM, he interviewed guests and bravely took unscreened calls, leading his audience…

Well, that's strange. Why doesn't Google Maps show the North Pole? The answer's actually pretty simple: Our Earth is round, and not effectively represented by a two-dimensional map. Google Maps… 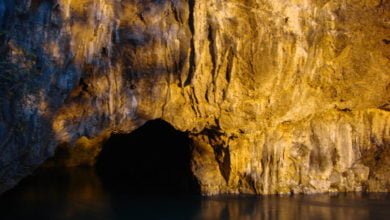 Edward Bulwer-Lytton is known for many things. He's the man who coined the phrases "pursuit of the almighty dollar" and “the pen is mightier than the sword.” He gave us…